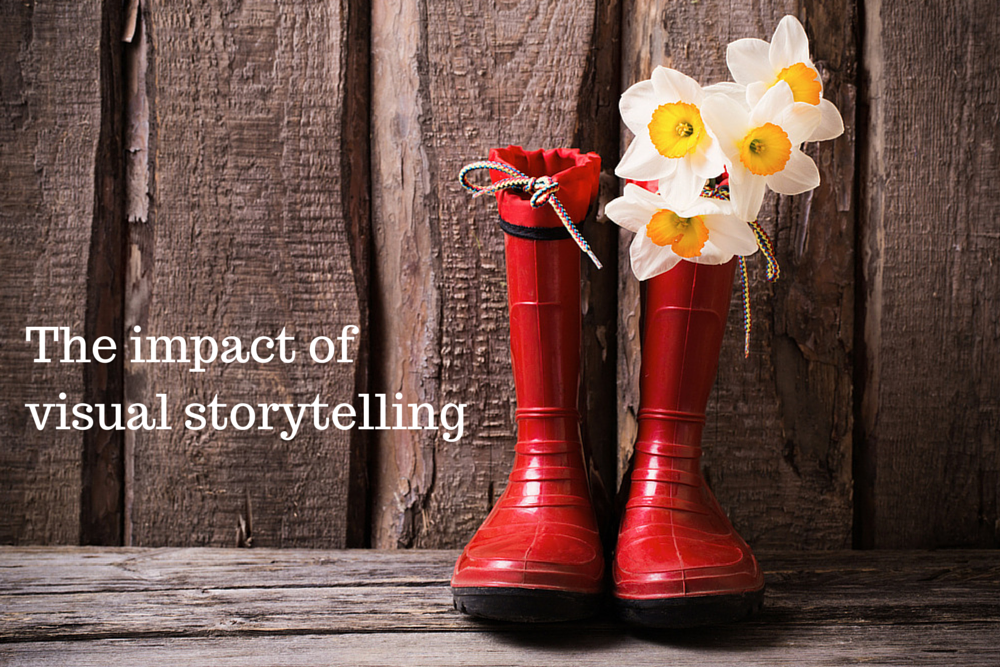 4 Ways that Visual Storytelling is Vital to Content Strategy

When you are scrolling through your daily news digest or checking your newsfeed on Facebook, have you ever noticed where your eyes go first? Most likely, your attention is first drawn to the image or graphic that captures your interest, then to the caption below the image.

Visual storytelling is essential for content strategy, whether it’s through photos or custom-made graphics. Here are four reasons that your brand should be producing high-quality visual content.

1. Visual information is easier to interpret.
When you are presented with a block of text and an image, it’s easier to read the information from the image than the text. In fact, visuals are processed by the brain 60,000 times faster than text.

This simple fact is that the more visuals you use, the more of your content will actually be digested by your audience. You might also see your engagement increase because you’re catering to your audience. Studies have found that the bulk of us — 65 percent — are visual learners.

Written and visual content don’t have to be opposed. In fact, words in visuals, such as a pull quote or an illustrated statistic, may be a way to draw the reader into the written content.

2. Visual storytelling can be a powerful vehicle for brand personality and company culture.

The statement “we are a fun and quirky company that loves to provide great customer service” has far less impact than a cute cat meme or an inspirational quote visualized with bright graphics. No matter what a brand’s personality is, images allow brands to express their personalities in a way that is more powerful than the “about us” page on the company website.

Red Bull is a great example. Through their extreme sports videos and photos, they show rather than tell how Redbull “gives wings to people and ideas,” just as their motto states. 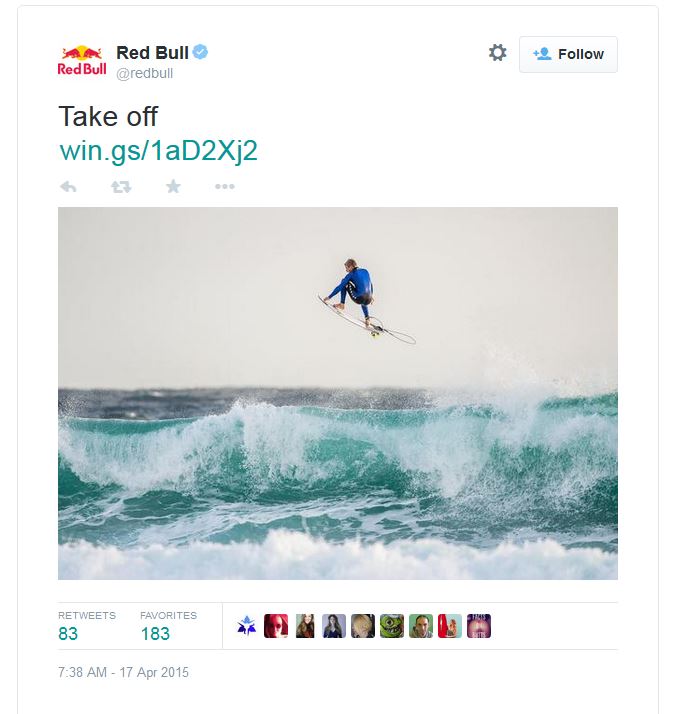 Visuals are also an easy way to exhibit your company culture, which typically reinforces brand personality. Stating that your company is full of geeky engineers is far less powerful than an image proving it. For example, Intel’s Facebook post: 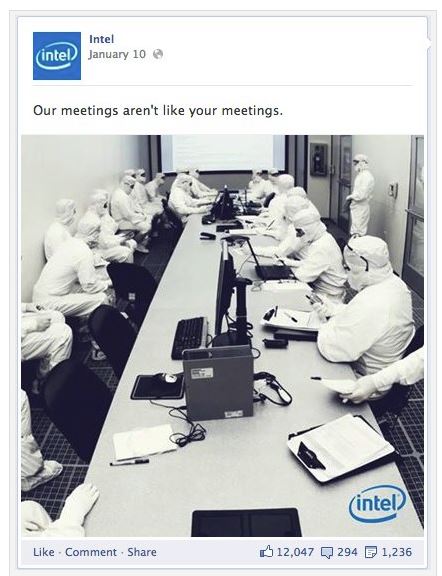 3. Visuals are a great way to get into the public conversation.
Brands often interrupt public events, such as the Superbowl or a famous TV show, and awkwardly attempt to marry their brand message with the conversation. But it’s always clear to the audience what’s going on. Instead, brands can use visuals to join a conversation that’s already happening with their customers and add value instead of interrupt.

For example, Tide noticed that a lot of its followers also had a strong interest in Game of Thrones, so the social media team posted this infographic that still relates to the show but adds a brand personality and tone.

In another example, highlighted by Ekaterina Walter in her book, “The Power of Visual Storytelling,” Dunkin’ Donuts created vines with instant replays of football highlights, played by coffee cups. Instead of interrupting the football action, the company added value with its fun and fast vines.

In researching for her book, Walter found that visual fans are just as likely, if not more so than other fans, to complete the path to purchase. In fact, Sephora released data that their Pinterest followers spent 15 times more money on Sephora merchandise than their Facebook fans. The ability to see how a product can be used on Pinterest can be much more convincing for fans than a text description.

Whether your goal is building a strong community or driving page views, visuals are a smart way to start a conversation. For more examples of visual storytelling, check out @WholeFoods, the music platform, @Spotify and the the Equifax Finance Blog Twitter handle, @EFXFinanceBlog.